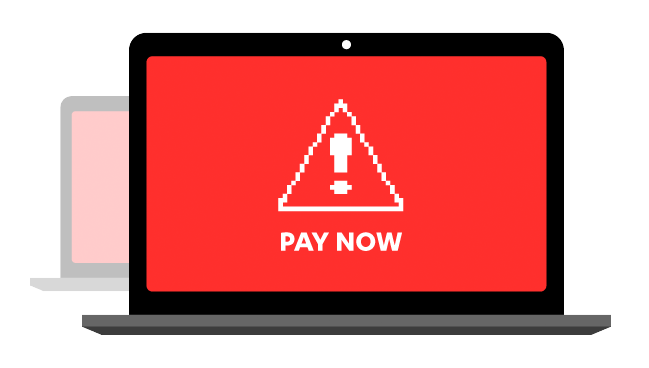 What is Ransomeware and Ransom Attacks?

Ransomware is malicious software that blocks, or denies access to a computer system or data until a ransom is paid by the victim. A ransom usually has a deadline for the payment and the threat usually involves deleting the victims data or releasing it to the public. The data is usually encrypted by the hacker to close their access to it. Ransom attacks are very common throughout Europe, North America, and the U.K. The Cybersecurity and Infrastructure Security Agency (CISA) have noticed a large increase in ransom attacks over the past decade. The FBI advises to not pay a ransom fee because those victims typically face additional ransom attack in the future because they’re looked at as an easy target. Hackers are willing to target any business or organisation that has confidential information.

How does it work? A History of Ransom Attacks.

Ransom attacks usually are carried through a trojan that seems to be a normal file that is sent as an email attachment. People should be very wary of just opening email attachments because they could contain a virus. Ransomware can lock down your computer system and encrypt all of your files as a result of you opening a random phishing email attachment file that has an embedded link. Your computer will then be locked down by a payload that has a “fake warning” accusing you of illegal activities and the warning states you must pay a ransom before you can access your computer again. Payload encryption files can be very sophisticated and may require you to repair your operating system, or even encrypting your file in a way that the malware author needs a key just to regain access to your operating system. Paying the ransom fee can be very risky because there is no guarantee that the hacker will give you an unlock code so you can gain access to your computer. Victims a lot of the time will continually pay the ransom without ever gaining their files. Attackers are just trying to make money, so they have no reason to decrypt your files.

One of the first known ransom attacks occurred in 1996. In 1996 the ”cryptoviral extortion” attack was introduced at Columbia University. This ransomware contained the attacker’s public key and encrypted the victim’s files, and prompted the victim to send asymmetric ciphertext to the attacker to decipher and return the decryption key for a payment in return. The Cryptoviral Extortion showed the advanced creation of modern cryptographic tools and was presented at the 1996 IEEE Security and Privacy conference. Ransomware has become more popular with the occurrence of bitcoin, and cryptocurrencies which allow hackers to use encryption techniques to secure transactions. Cybercriminals have also used gift cards as payment to remain anonymous because a gift card can't be traced back to anyone. In 2014, Cryptowall was a major trojan that targeted windows. Cryptowall was a malvertising campaign that targeted websites and was used as an advertisement that would redirect users to websites that used browser plugin exploits to download the payload. This payload was written in Javascript as part of an attachment. The malware would encrypt files, and steal passwords and money out of bitcoin wallets. In 2015 the FBI reported there were over 1,000 victims of Cryptowall, and over 18 million was stolen.

How to Protect Against Ransom Attacks?

What to do if you are affected by ransomware encryption.

Here are some helpful steps and tips you can follow if your computer is ever affected by ransomware.